Cristiano Ronaldo sent a message to Lionel Messi after the Paris Saint-Germain and Sauadi Arabia’s All-stars’ friendly game on Thursday.

Ronaldo posted a photograph of himself embracing Lionel Messi with a message to “old friends”.

Saudi Arabia All-Stars was made up of Al-Nassr and Al-Hilal players. And both Messi and Ronaldo scored in the 9-goal thriller.

The match ended 5-4 and it was Messi who came out on top in an end-to-end, entertaining game. 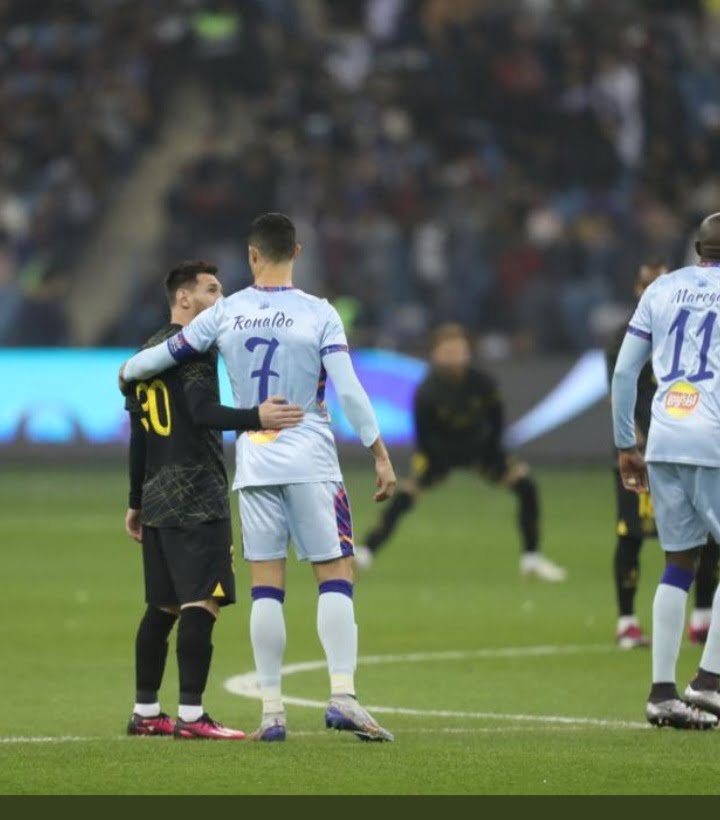 After the game, the 37-year-old tweeted: “So happy to be back on the pitch, and on the score sheet!! And nice to see some old friends!”

The friendly was Ronaldo’s debut in Saudi football since signing for Al-Nassr.