Yobe, Kebbi and Gombe states have occupied the last three positions on the table in the just concluded maiden edition of National Para Games held in Abuja.

On the medal table, Yobe got six medals, Kebbi got two with Gombe having just one after competing in para-soccer; para- amputee football; para-swimming; para-taekwondo and para-powerlifting.

However, Bayelsa State emerged the overall champion of the maiden edition of National Para Games with 93 medals, Oyo State came second only had 60 medals while Kano occupied the third position on the medal table with 42 medals comprising of golds silver and bronze.

The Minister of Youth and Sports, Mr. Sunday Dare represented by the Ministry’s Permanent Secretary, Alhaji Ismaila Abubakar, said the essence of the games is for the disabled to showcase their abilities in their disabilities.

He called on state governments to show more commitments to the games, while congratulating all athletes especially those that won various medals in their games. 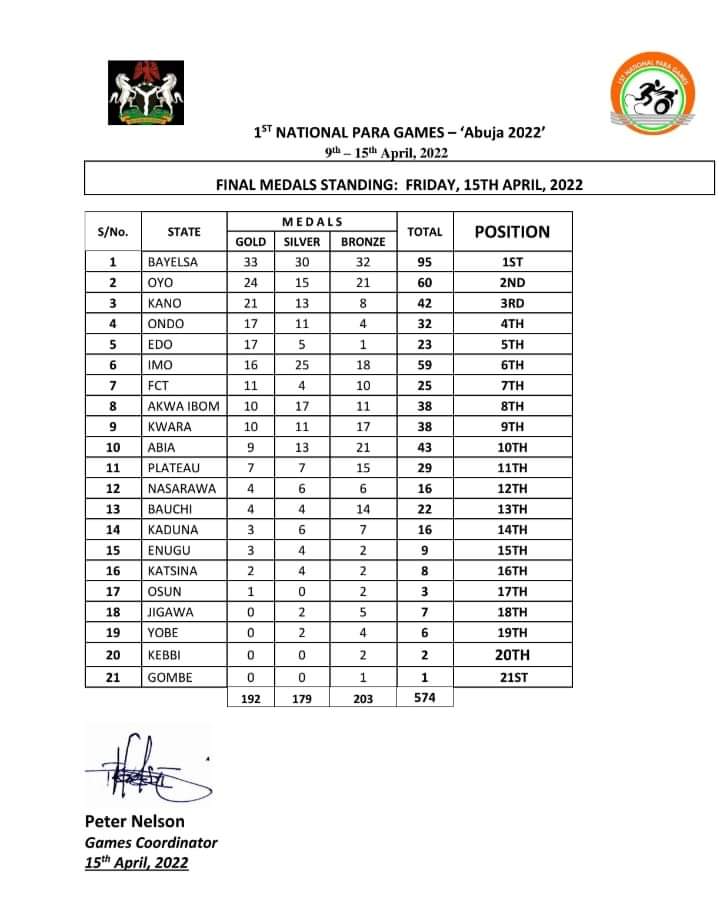