The top ten highest-paid players in the English Premier League have been named.

In England, unlike, in LaLiga for example, there are no financial controls and clubs are allowed to spend more than 100 percent of what they make.

Despite having received a pay cut to join United, Ronaldo is still the highest-paid player in the league, ahead of Kevin De Bruyne.

“The Premier League have been the competition, by far, that has best coped with the pandemic,” Juan Corellano, a journalist for La Media Inglesa, explains to MARCA.

“It has served to further distance itself from other leagues financially.” 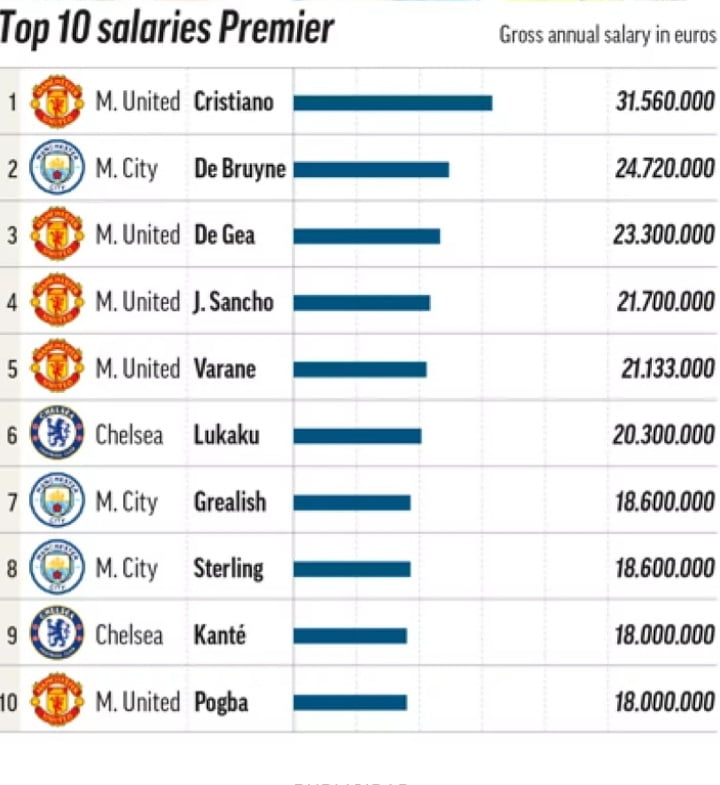