Former Super Eagles defender, Taribo West has come under heavy criticism for praying for Asiwaju Bola Tinubu’s success ahead of the 2023 presidential election.

West was caught on camera at the weekend praying fervently for the former Lagos governor, at his residence in Lagos State.

DAILY POST had reported that Taribo is one of the former internationals invited for a novelty match to mark the All Progressives Congress, APC, national leader’s 70th birthday.

Taribo participated in the match played on Sunday with the ex-Super Eagles’ players led by Austin Jay Jay Okocha, defeating the Lagos team 2-0.

Reacting to Taribo’s prayer for Tinubu, Reno shared the picture of Taribo and George Weah of Liberia who played for AC Milan almost at the same period during their respective careers.

The former presidential aide pointed out that while Weah has moved on to become the President of his country, Taribo on the other hand, was praying for a 70-year-old man with frail health to become his President. 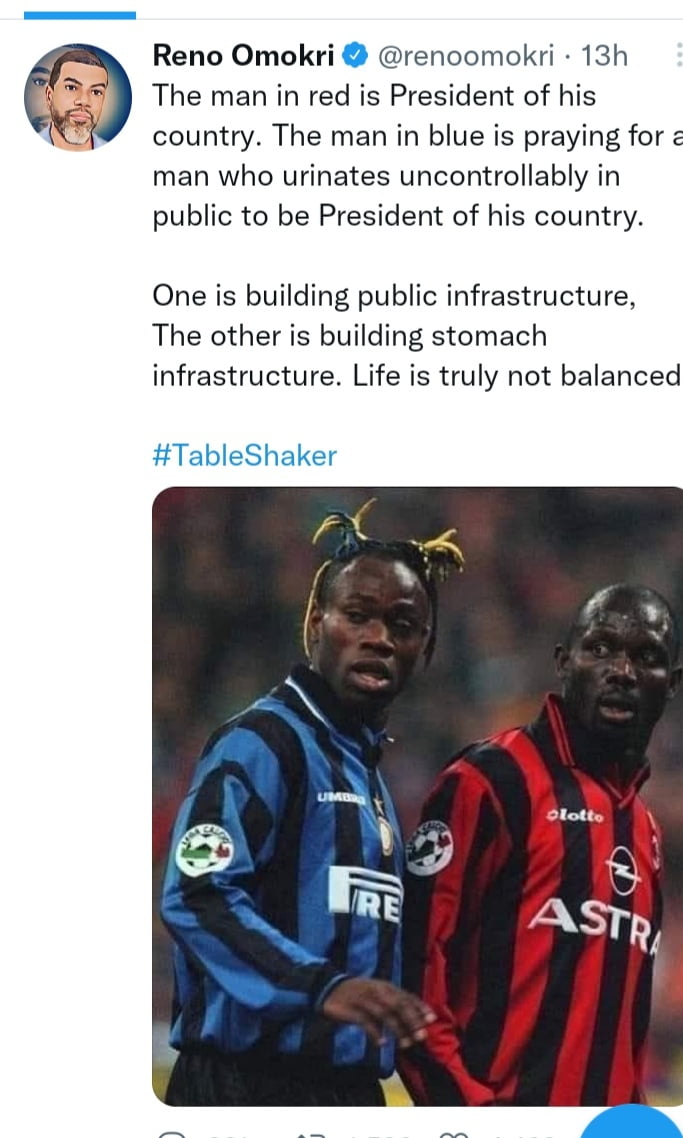