Former Manchester United defender, Mikael Silvestre, has left both Mason Greenwood and Fred out of his ideal starting XI for the club if all the players were fit.

Mason Greenwood, who has started all three games for Man United this season, scoring three goals in the process, and Brazilian midfielder, Fred, were left out of Silvestre’s United team.

He instead, opted for Marcus Rashford and Scott McTominay. This is despite l Rashford missing the opening weeks of the Premier League season. 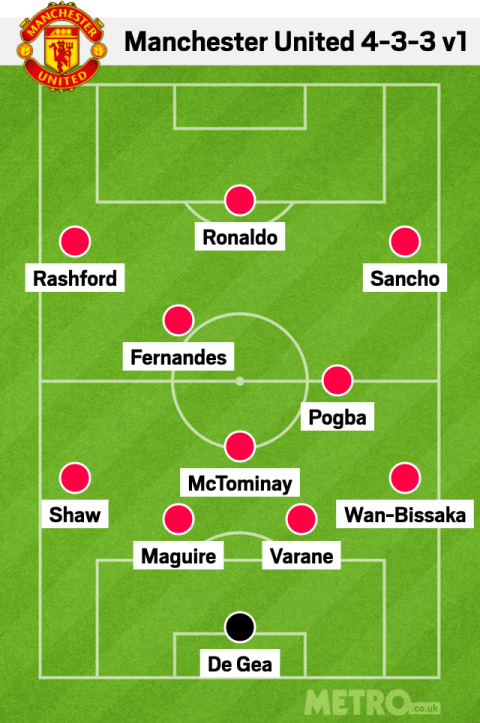 The former French defender picked new signings Ronaldo and Sancho to lead the line alongside Rashford, with Edinson Cavani also missing out on a spot in the team.

Meanwhile, McTominay would be joined in midfield by United regulars Bruno Fernandes and Paul Pogba.

Harry Maguire, Varane, Luke Shaw and Aaron Wan-Bissaka make up Silvestre’s ideal back four, while he also chose David De Gea over Dean Henderson and believes the Spanish stopper will be United’s No.1 for years to come.

“He’s been there many years already, I still think he’s on top form, mentally he’s in a good space and is a top goalkeeper. Goalkeepers tend to age well so we can count on him to be there for a good few years yet,” he was quoted by Metro.

Just Viral Media - September 8, 2021 3:45 pm
0
“Do not dwell in the past, do not dream of the future, concentrate the mind on the present moment.”Buddha “The best way to capture...

How to Get a Great Start to Your Day: 7 Simple Tips

Why We Ought to Start Sleeping Without Any Pajamas

Just Viral Media - August 20, 2021 3:37 pm
0
According to a survey, people who sleep less are more likely to develop problems with excess weight and tend to be less active....

7 Everyday Things That Are Secretly Ruining Your Skin

Just Viral Media - August 20, 2021 3:04 pm
0
Most of us hope our skin resembles fine wine as we age, although that doesn’t happen for everyone, unfortunately. We’ve seen numerous studies...

7 Future Inventions That May Replace Familiar Things in Our Lives

Just Viral Media - August 17, 2021 10:48 am
0
The concept of Bluetooth came a few decades ago and it has not only intrigued humans but other devices as well. It’s hard...

The 10 Best Comedy Movies of All Time

Just Viral Media - August 17, 2021 7:57 am
0
As society matures, comedy movies are becoming more sophisticated. Today, they are no longer just for kids and families. They have become a...

These Are The Best Android Phones of 2021 So Far